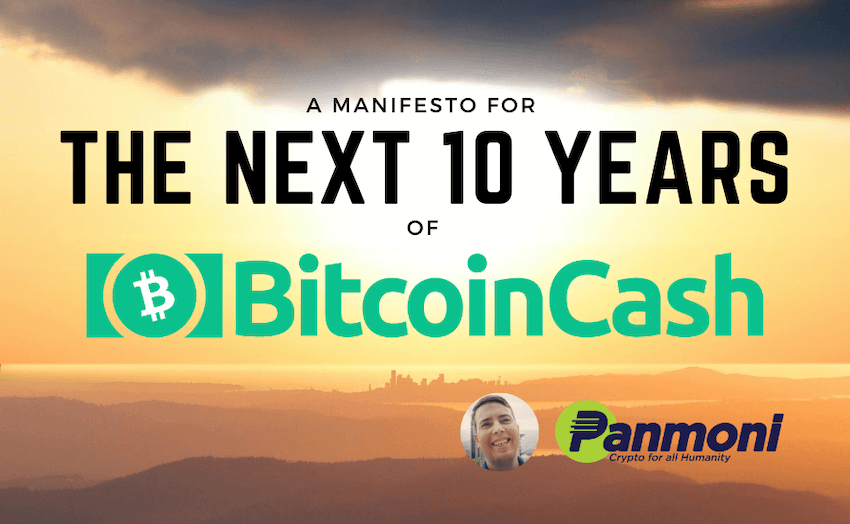 The Bitcoin Cash ecosystem needs to recognize and accept some facts. And then we need to establish a constructive and stable path forward that enables us to onboard billions to global-scale, censorship-resistant peer-to-peer electronic cash.

Why NOT Another Fork

Therefore, I put forward the following as next steps that need to be taken by those of us who are serious about building Bitcoin Cash.

If material progress on charting a new way forward is not made immediately, Bitcoin Cash is going to continue to deteriorate. A lot of people will lose a lot of money. The legitimacy of Bitcoin Cash’s claim to be the real Bitcoin will be radically reduced, maybe eliminated for good.

We need to pull in the same direction and flippen BTC by becoming world-scale money. We need to overcome what divides us. The mission is bigger than all of us. Make the decision now to behave better, even and especially in the face of other people behaving badly towards you.

We must change the patterns that brought us to this point in order to permit Bitcoin Cash to grow into a bright future, becoming world-scale sound money and empowering billions of people to greater liberty and prosperity, enriching the Bitcoin Cash ecosystem and all its faithful builders.

With the rise in the price (and transaction fees) of BTC, with the decline in BCH development activity, both business and software, there is no time to waste in achieving a minimum baseline of peaceful cohabitation so that we can all get back to work serving the world through the development, maintenance and adoption of global-scale, censorship-resistant peer-to-peer electronic cash — Bitcoin Cash.

If you like this manifesto, let’s work together to make it happen. My priority is to have a solid foundation in Bitcoin Cash from which to confidently onboard new users in large numbers in the near term.

We need certainty, stability and an end to the constant internal strife — so we can build. I, for one, will not build on a chain controlled by one person. I was already screwed over once by building on a centralized chain. I require a professional foundation on which to build.

This work is licensed under a Creative Commons Attribution 4.0 International License.