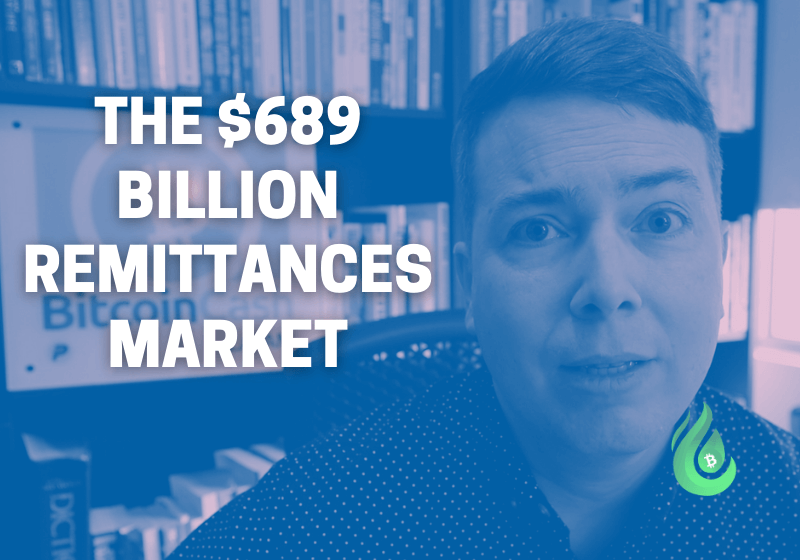 Globally, remittance flows total $689 billion, the great majority of that in the developing world. Remittances may be the larges suitable source of inflows we can address in order to resolve the inflows challenge. Watch today's vlog for more information.

The first thing a new crypto user always asks me when they get some crypto is, "What the heck can I do with this stuff?"

The answer is merchant adoption. We have to have merchants who accept Bitcoin Cash for goods and services that are in demand.

Literally everything is merchant adoption because if you can't spend it, it's not money.

What do Merchants Need?

But what do the merchants need?

We never ask this question because understandably we are focused on our needs.

After 2 years of full-time crypto mass adoption work in 8 Latin American nations, I know what merchants need, and it doesn't take a genius to figure it out.

If we promise them Bitcoin-Cash-paying customers, they will accept Bitcoin Cash - as long as there are also good liquidity options.

But then what? How many people are spending BCH? How often does the merchant get customers who pay with Bitcoin Cash?

This is where consumer adoption comes in. If you thought merchant adoption was hard, wait till you try getting everyday Joe consumers to buy, hold and use BCH instead of their national fiat.

So, you've got these merchants, and not a lot of people are spending BCH with them.

Let's rewind. When they agreed to accept BCH, maybe only 1 out of 5 neighborhood merchants said yes. Most of the other merchants gave a quiet no. But there is always one guy, let's call him Hater Troll for short, who says the whole thing is a scam and anyone who accepts crypto is a FOOL!

So our risk-taking merchant who said yes, let's call him Bob, he let us put acceptance stickers up. But no one is paying with BCH. Now his neighbor Hater Troll comes over and starts wearing Bob down. Now Bob feels disappointed. Maybe Bob feels tricked. Where are those new customers? He probably forgot how to use the apps we gave him. His business creates enough stress for him already. Why add more??

OK. Now we know. Without a consistent and growing flow of customers who find it advantageous to pay with Bitcoin Cash, merchants become discouraged and stop accepting.

My team confirmed this when we reached out in early 2019 to merchants listed as accepting Bitcoin and Bitcoin Cash. Only 1 out of 40 remained active. And that guy was pissed off.

But hold on, there is good news.

Remittances in the House

There is a service people make use of a lot that involves annual cross-border flows of USD$689 billion. Yeah, BILLION. And most of it goes to the developing world.

Consider Gustavo in Miami. He busts his butt for bucks waiting tables at a Cuban restaurant precisely so he can send some cash home to keep the wife and kids fed in Caracas, Venezuela in the middle of a hyper-inflationary crisis.

He can't just wire dollars home. And he left Venezuela because the government broke the economy. So he's no fan of Bolivars.

Gustavo is actively in the market for another currency.

When Gustavo finds out Bitcoin Cash has better rates, is faster and his family can spend it directly for needed products and services in Venezuela (because we did merchant adoption), Gustavo might just give us a chance to blow his hair back.

Which means a new customer for Bob, if he's still taking our calls.

Let's Get this Straight

So, I'm not saying anything against the courageous folks signing up merchants here and there on a volunteer basis. Au contraire, they are our diehards, our pioneers, our heroes.

So, let's get their backs and ensure what they are doing is sustainable. Let's give them a system to plug into that protects and enhances their work.

We need to think bigger. We need to build BCH remittances. We need to incentivize remittance recipients to not cash out all their BCH, and even to spend it directly at Bitcoin Cash merchants.

But the fact is undeniable: focusing primarily on merchants is not a winning strategy all on its own. A focus on merchant adoption is an important first step. It creates a supply of things you can buy with Bitcoin Cash.

But then we need demand.

Remittances are that demand.

How are we going to make BCH remittances not just painless, but fun?

Who's in for that project?